PROGRAM NOTES: The lyrics of Astronomy are adapted from the preface to Polish astronomer Nicolaus Copernicus’ seminal work “De revolutionibus orbium coelestium” (1543)--a book which forever changed the course of astronomy by placing the Sun, and not the Earth, at the center of the universe. Copernicus called the study of the stars the ‘noblest of sciences’, as it concerned itself with the greatest of all beauties: the heavens. It was in this spirit of reflective dignity and grandeur that I composed my piece.

My adaptation is centered around key phrases from the original Latin text, which I then had translated and poeticized into modern Polish. And one of the more unique features of my work is actually found in the original orchestration: using noteheads instead of stars, I’ve actually drawn out various constellations in the conductor’s score. Pegasus, Phoenix, Draco (the dragon), Cygnus (the swan)... these and many other winged creatures can be found hidden in the pages of the score. 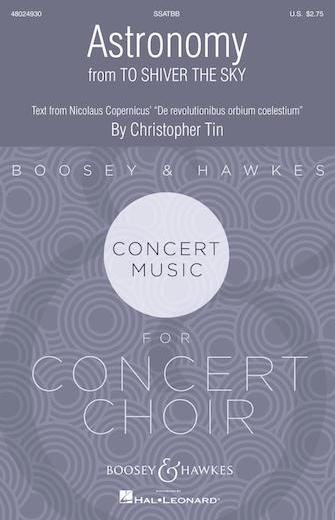