FROM CHRISTOPHER: "Passou o Ver&atildeo was originally written as a solo vocal and guitar piece, but ultimately reorchestrated for flute, harp, and strings. The orchestration was inspired by the Adagietto of Mahler's 5th Symphony. It's one of my favorite pieces to conduct live in concert. The title translates as 'Summer Has Gone', and the nihilistic text speaks to the chaos of life, and the world being forgotten by God." 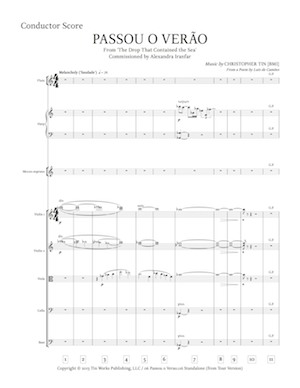