PROGRAM NOTES: To the Stars is a setting of excerpts from Jules Verne’s “De la Terre à la Lune” (“From the Earth to the Moon”). It’s the sixth movement of my oratorio To Shiver the Sky, and is a fantastical evocation of Europe after the Industrial Revolution; an era of innovation and wonderment, newfound connectedness through trains and the telegraph, standardizations like the synchronization of clocks and establishment of time zones, and inventions like electricity and moving pictures. It was against this backdrop of modernization that Jules Verne captured the public’s imagination with visionary proclamations about mankind’s destiny to explore the earth, sea, air, and stars.

One of the most exciting ideas from this period, and the one addressed in Verne’s words, is that humanity was now entering a new period of technological development that would eventually propel us faster and faster, and carry us over longer distances. My choice to have this piece sung by young voices is symbolic: technology in mid-19th-century France was in its infancy. The experience of velocity--how fast our bodies could be hurtled through space--was at its earliest stages. Over the next 100 years, as we traveled faster and further, our perception of the world around us would change: both visually and musically. The blurred landscapes flying by at railroad speeds were a prelude to impressionism, the chaos of city life would give birth to bebop, and our eventual acceleration to rocket speeds would propel us to minimalism. All these changes in sonority are reflected in my music, until at last we are returned back to the cradle: looking skyward in wonderment, and imagining what it would be like to journey to the stars. 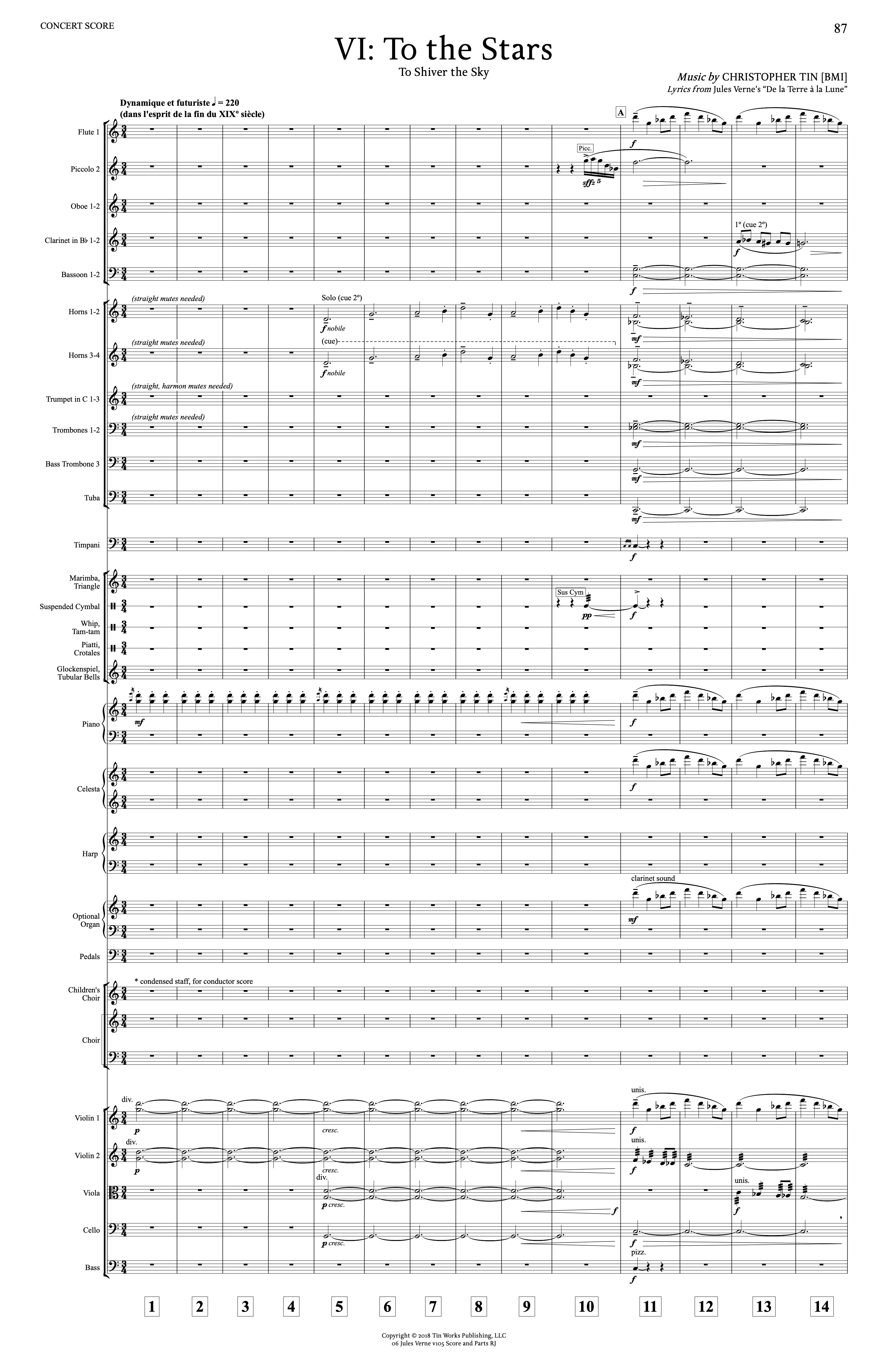 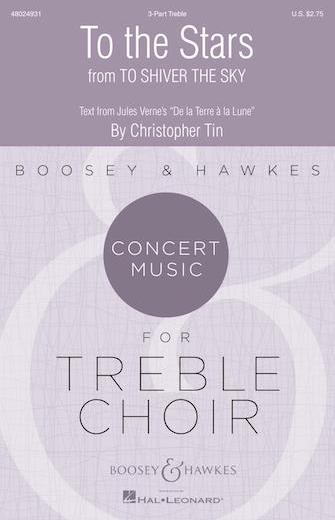