We Choose To Go To The Moon

PROGRAM NOTES: "We Choose to Go to the Moon" is a setting of John F. Kennedy's landmark speech on the American space flight program, delivered September 12, 1962. The speech itself is a stunning example of leadership--a visionary president committing his nation to a seemingly impossible goal. But such a moment would have never happened had the American public not already developed a thirst for space exploration, as cultivated by the emergence of science fiction magazines, radio shows, and movies. As such, the instrumental interlude in the middle of the movement is a nod to classic science fiction movie scores. (The fact that it is the 11th movement in the oratorio is also a subtle nod to the Apollo XI mission which landed a man on the moon.)

Musically, the piece reprises many of the preceding movements of 'To Shiver the Sky'. It suggests that the success of the Apollo XI mission was not simply a victory for America, but one for all of humanity--built upon centuries of scientific achievements by an international community of visionary men and women, all working towards a common goal: to conquer the sky. 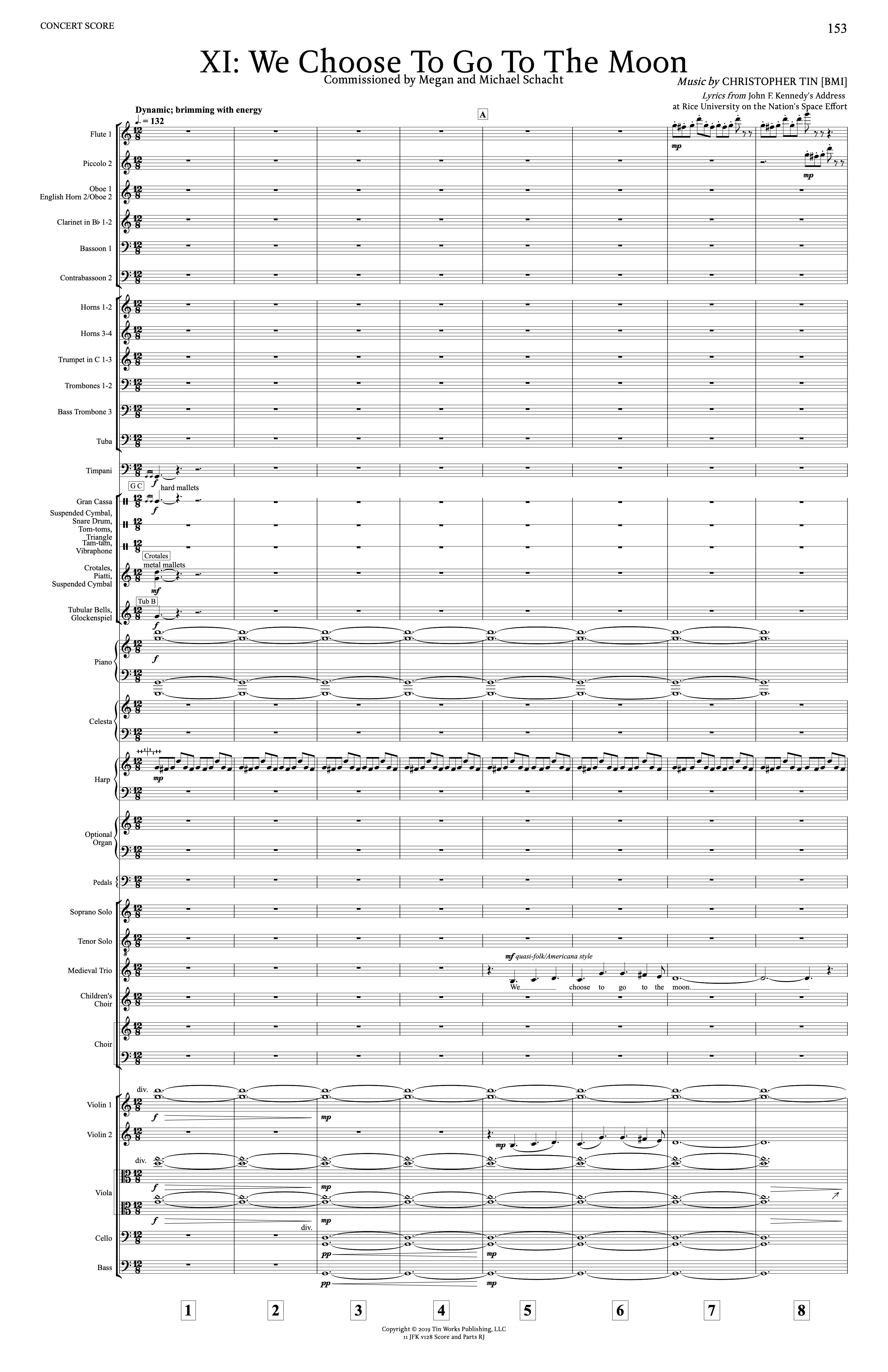