PROGRAM NOTES: The Lost Birds is a musical memorial to extinct bird species. But it also carries a darker message: like the metaphor of the canary in the coal mine, the extinction of birds is a preface to the extinction of humans. And thus, the album is split into two halves: the story of the loss of birds, followed by the story of the loss of humankind.

"Wild Swans", a setting of a poem by Edna St. Vincent Millay, ends the first half of The Lost Birds. Told from the point of view of the poet, it starts with the sound of bird cries: gradually approaching from a distance, until they pass overhead, triggering feelings of longing. After an instrumental interlude, and the narrator's impassioned declaration of freedom, the song ends as it started--with the cries of wild swans receding into the distance, foreshadowing their demise.

The migration of swans signifies autumn; and in turn, autumn signals the gradual fading of nature. But beyond their seasonal association, swans themselves have a storied place in literature, often imbued with magical properties. Across myths and legends from every culture, no other bird is transformed into a human as frequently as a swan is--thereby reinforcing the notion that the extinction of birds is synonymous with the extinction of humans. But folklore has also given us the metaphor of the 'swan song'--the final work of an artist or musician before their death. It comes from the ancient belief that the swan stays silent its entire life, only to sing a beautiful song just before it dies. "Wild Swans" is thus the emotional heart of The Lost Birds--one final, impassioned cry, before the birds' songs recede into the long silence of extinction. 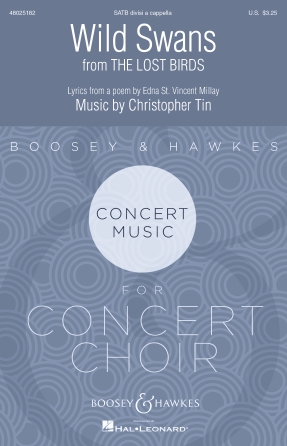